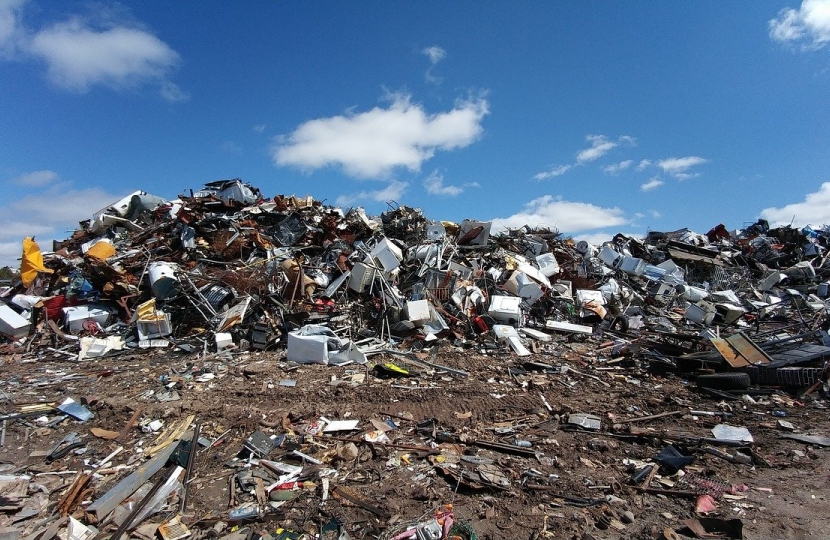 The Environment Agency have sent me the following update about the ongoing situation at the Finmere Landfill Facility:

We received a large increase in malodour reports associated with Finmere landfill for the 12 and 13 April. As a result our officers attended on the evening of 12 April and substantiated offensive odours which were at a level causing pollution at various locations around Finmere village. We then undertook inspections of the landfill on the 13 and 21 April to investigate these odours.

I can confirm that during the inspection on 13 April our officers identified two sources of malodour. The primary source was found to be the top of Cell 10, with a secondary source found in cell 11.  The odours resulting from Cell 10 were from an area of the cell that had yet to be capped. It was noted that the operator was already taking action to address the odours from Cell 11 at the time of the inspection. The operator has been scored for breaches of the permit condition related to odour and management controls, and given a series of additional actions to complete.

A follow-up inspection was conducted on 21 April and a significant improvement was noted with no detectable odour noted around cell 11, and only minor localised odours present on cell 10. Three additional gas extraction wells were being installed on Cell 10 at the time of the inspection. The capping work on Cell 10 is very nearly complete with the final section expected to be in place by the end of this week.

We continue to work with the operator to agree future ways of working on site that will provide measure to help reduce the potential for future off-site odours.

It remains important that you report the odours to us via our incident hotline on 0800 807060 as soon as possible after detection of a malodour. This allows us to target our investigation in real time making it far more likely we can establish a source and take appropriate actions to address the problem. Our own inspections and odour checks only provide a snapshot of the impact this issue is having, your calls ensure we have an accurate record of the extent of the problem.

I trust this provides assurance that we continue to take this matter seriously.

In recent months, I have been contacted about ongoing issues with unpleasant odours originating from the Finmere Landfill Facility. I have been liaising regularly with the operator, Environment Agency and Oxfordshire County Council about the odour and subsequent enforcement action.