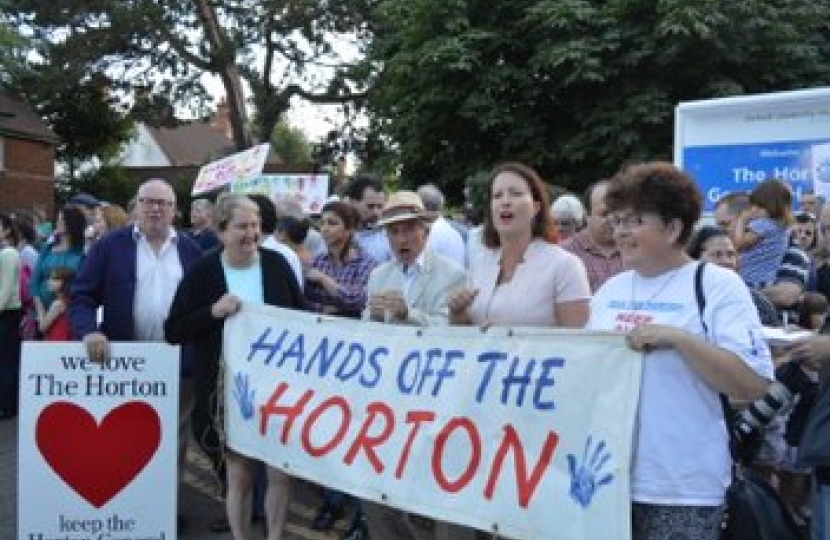 On Thursday 25 July, 24 hours after Boris Johnson MP took over as Prime Minister of the United Kingdom, Victoria Prentis MP wrote to the Secretary of State for Health and Social Care, Matt Hancock MP, requesting for the Horton General Hospital to be upgraded under the new Government’s plans.

The new Prime Minister focused on “hospital upgrades” during his first speech on the steps of Downing Street. Given the threats that have faced the Horton over recent years, Victoria is keen to secure investment for the hospital site in Banbury.

In her letter, she said: “The staff at the Horton are world-class but the building is not meeting the needs of 21st century medicine. Many of the buildings are empty and dilapidated… I would therefore be most grateful if you could strongly consider the Horton for an upgrade under the Prime Minister’s plans.”

Additional funding will enable the Horton to flourish and continue for many decades as a thriving District General Hospital. 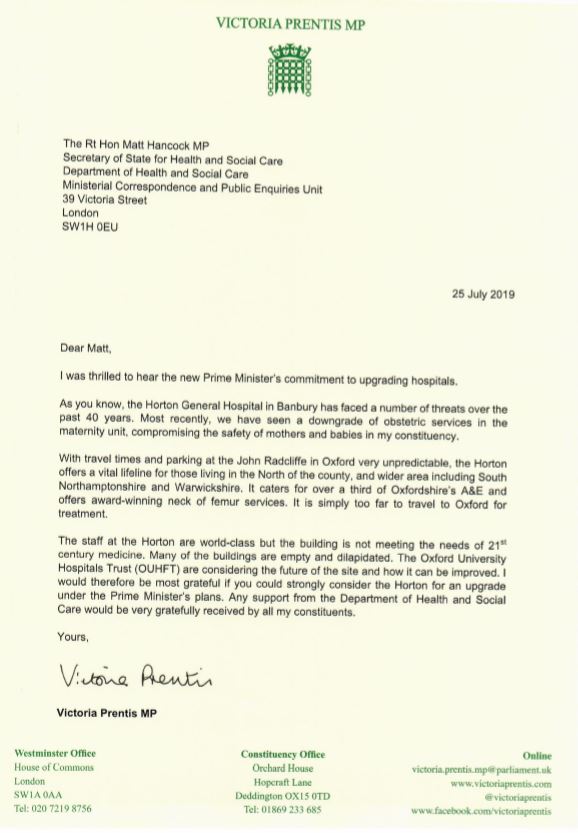 The Horton General Hospital is a vital and much-loved asset for the residents of Banbury and North Oxfordshire.