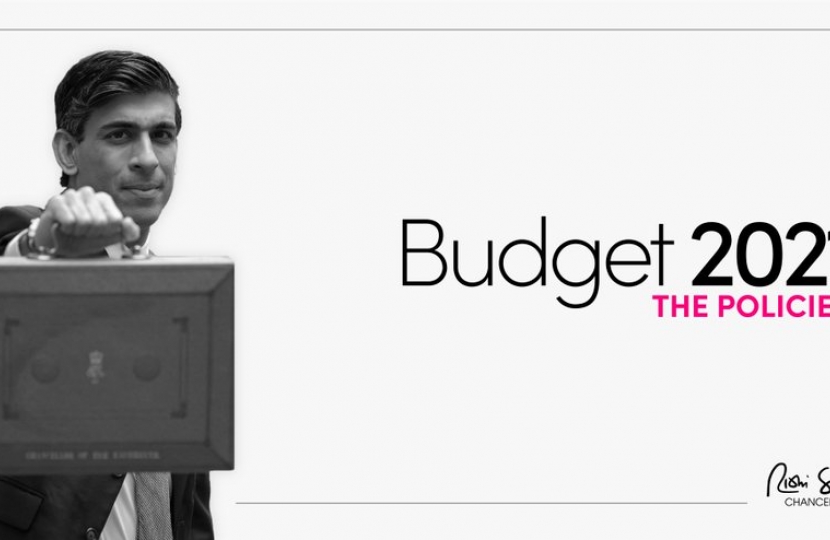 Today, the Chancellor has delivered his 2021 Budget statement.

The damage coronavirus has done to our economy has been acute. Since March last year, 700,000 people have lost their jobs, the economy has shrunk by 10 per cent - the largest fall on record - and our borrowing is at the highest it has ever been outside of wartime.

This Budget protects the jobs and livelihoods of the British people with a three-part plan:

Alongside this, over this year and next, £407 billion of support will be provided for families, jobs and businesses.

At the same time, steps will be taken to start to repair the public finances, including:

Personally, I think this is a sensible and fiscally responsible Budget to help guide us through the next year as, I hope, we emerge from the pandemic.

Further information can be found here.

The Prime Minister announced on 23 June 2020 that more businesses will be able to open from 4 July 2020. I know this news is very much welcomed by so many across England. Businesses set to reopen include pubs, restaurants, hairdressers.