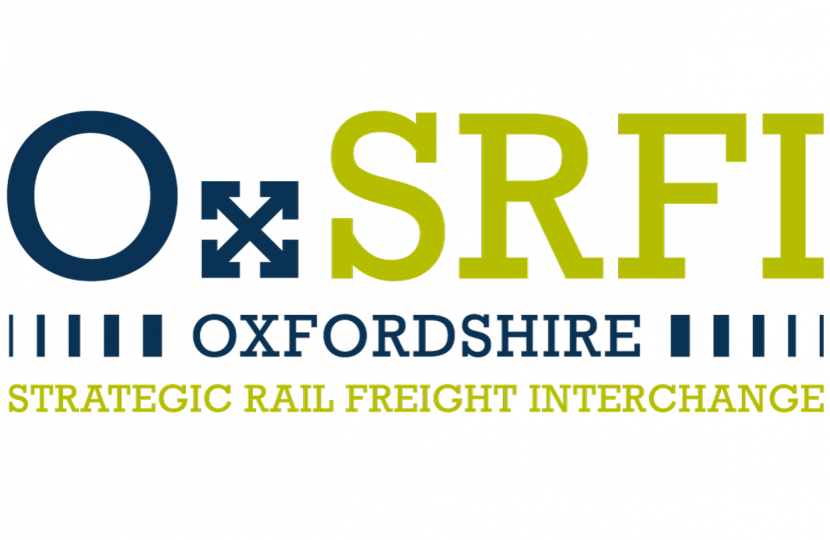 Last week, I received an update from Oxalis Planning. This informed me that the stage two, statutory public consultation on the proposed Oxfordshire Strategic Rail Freight Interchange has been delayed.

It is expected that this second consultation, which had already been pushed back previously, will now not begin until next summer. The developer states that these latest delays to the scheme are the result of transport studies and technical work taking longer than anticipated.

This summer, the developer undertook a stage one public consultation on the proposals. I am told that over 100 public responses were submitted, which continue to be assessed. I know many constituents were concerned by the lack of detail within the current plans for the site. While the developer claims this is the result of a desire to bring residents into the preparation process at an early stage, the continued absence of in-depth impact assessments remains frustrating.

I share my constituents' concerns about this proposed development. Despite it now being 18 months since these proposals were first announced, fundamental questions persist over the proposed SRFI's viability. Continued delays do nothing to assuage these concerns.

Plans were announced last year to construct a Strategic Rail Freight Interchange at Ardley. The site proposed by Oxfordshire Railfreight Ltd would be situated on the side of the Chiltern Mainline, on land to the east of Heyford Park and west of the B430 (opposite the Viridor ERF facility).