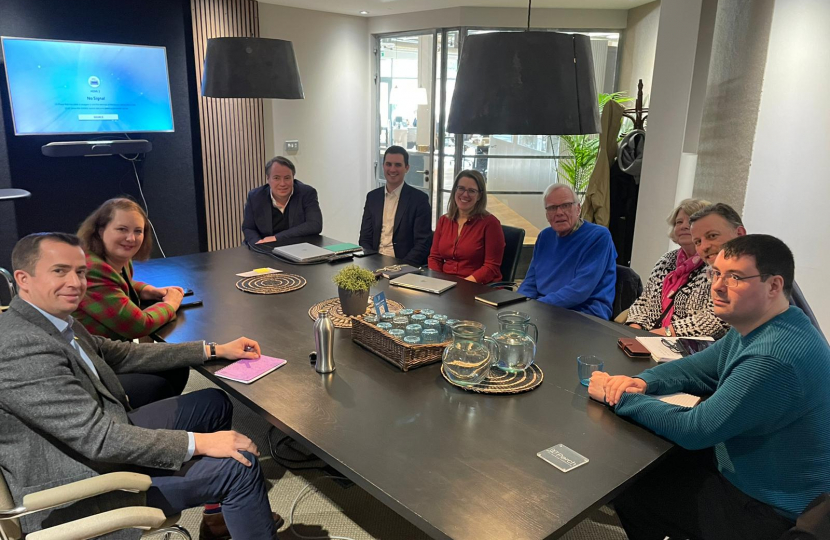 I was pleased to welcome Beth West, East West Rail CEO, and her team back to Bicester today for a progress meeting with a cross-party group of local councillors. This follows an earlier meeting last summer when I took Beth to see the London Road crossing for herself.

East West Rail are continuing to work on their formal response to last year’s public consultation. As part of this response, they are working up the most viable options for London Road into greater detail. The councillors and I were pleased to have a productive discussion on the benefits and disadvantages which come with each solution currently under consideration.

Beth assured us that her team are working hard to find a viable solution which does not cut our town in half. The proposals presented to us today were evidence that EWR are keeping all possibilities on the table and are prepared to think outside the box to secure the best possible solution.

The London Road crossing has been an issue which I have worked on since I was first elected. The councillors and I were all in agreement that work on a viable solution is continuing in the right direction. I look forward to seeing East West Rail’s formal consultation response later this year.

I was pleased to welcome the new CEO of East West Rail, Beth West, to the London Road Crossing. Beth was able to see for herself how busy the crossing is, and I reiterated to her how important London Road is for residents of Bicester and the surrounding area as a key route through the town.