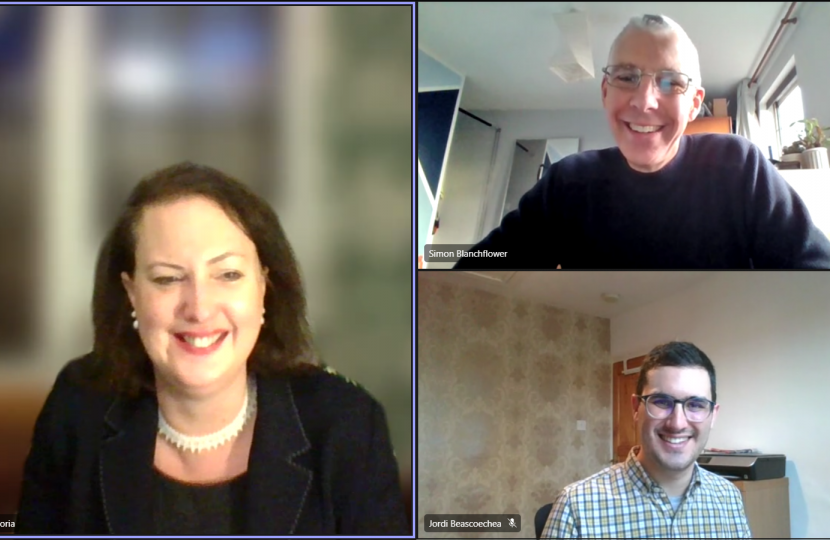 Last week, I had a call with the East West Rail Company CEO, Simon Blanchflower, as well as Strategy Director Will Gallagher and Engagement Manager Jordi Beascoechea. I asked for a meeting in order to be updated on the progress of construction in the constituency and the latest developments on a solution for the London Road Crossing.

EWR held a second public consultation on their plan for the route between Oxford and Cambridge in the summer. Simon told me that they received an overwhelming number of responses from constituents about the London Road Crossing, with local opinion split over the best solution. Once they have finished analysing all of the consultation responses, I understand the company will work up the most viable designs into greater detail in the new year. EWR are hoping to hold a further round of public consultation in early summer with a smaller range of viable options for a solution. This will most likely include a preferred crossing option and an alternative for residents to comment on. I understand these designs will include a fuller assessment of considerations such as likely costs and the impact of construction.

My own response to the consultation can be found at: www.victoriaprentis.com/news/response-east-west-rail-consultation. While the proposals put forward by EWR were a step in the right direction, I was concerned that they lacked sufficient detail. The benefits and disadvantages of a bridge, tunnel or alternative route have been discussed for a number of years. It has further been argued that the solution may lie in a hybrid approach which combines a number of proposals. I therefore used my meeting with Simon to reemphasise the importance of a viable solution which retains accessibility to the station and town centre from the south.

Aside from London Road, Simon told me that EWR are making good progress on the first connection phase of the project, between Oxford and Bletchley. I know many constituents are familiar with the construction activity and the resultant disruption to Bicester, Launton and the surrounding area. EWR have reassured me that road closures are only introduced when absolutely necessary and traffic is monitored regularly to assess the impact of their works. Tracklaying between Bicester and Bletchley is now underway.

I will continue to keep in regular contact with EWR and follow all local developments closely in the new year.

It was good to have an introductory call with the new CEO of the East West Rail Company, Beth West, recently. I wrote to Beth shortly after she took up her post to underline the importance of securing a viable solution for the London Road level crossing in Bicester.