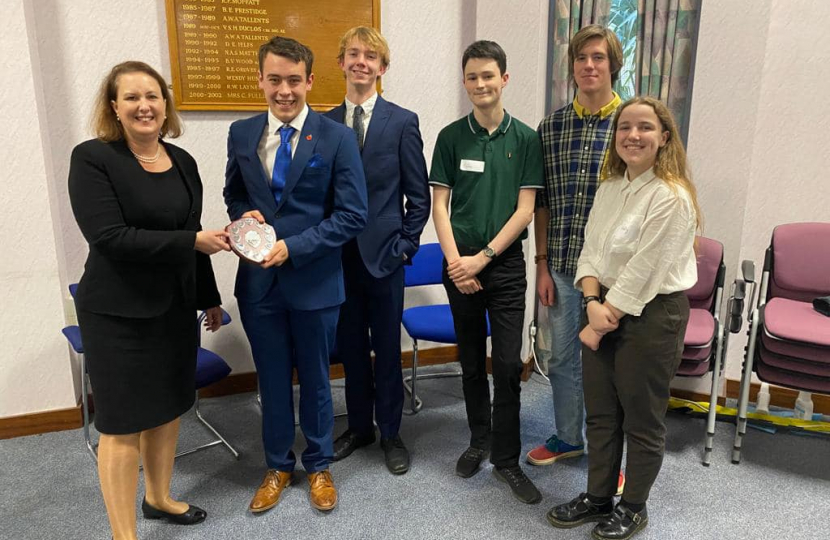 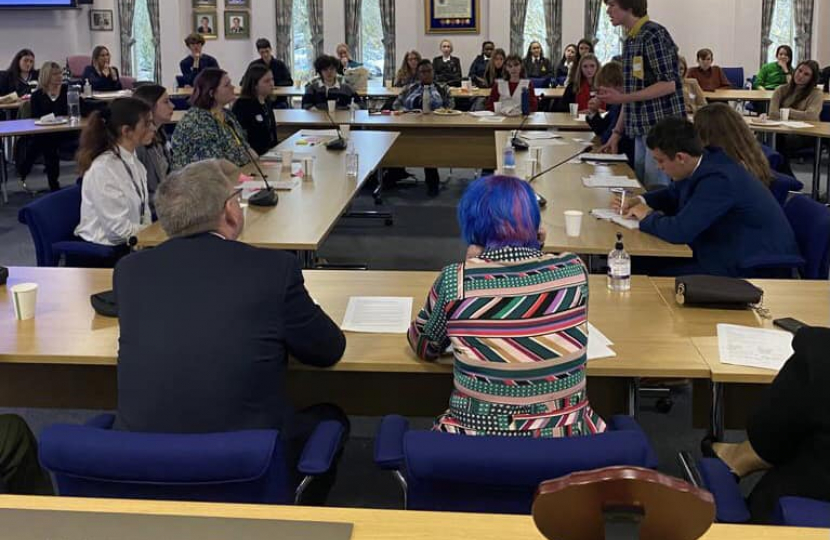 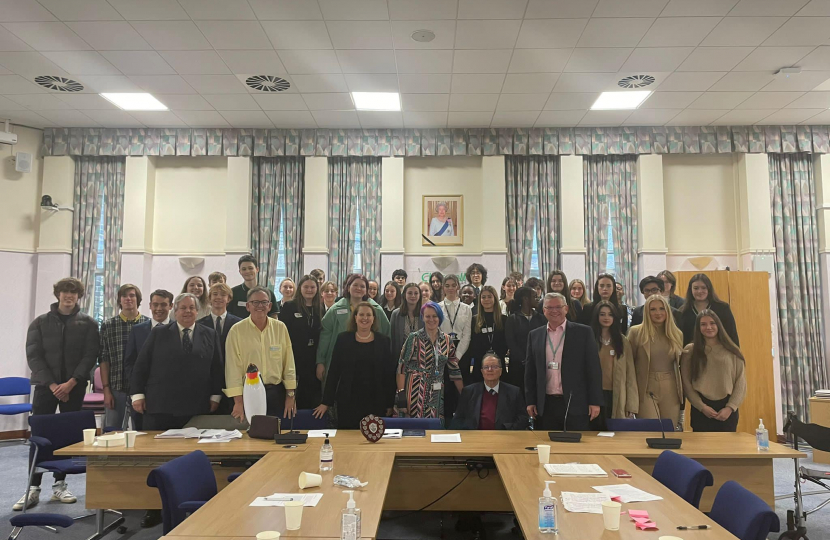 My annual Cherwell Democracy Challenge is a date in the calendar that I always look forward to. It is a fantastic way for local students to challenge themselves by participating in debate during UK Parliament Week. On Friday, I was pleased to host its eighth iteration at Bodicote House with North Oxfordshire Academy, Sibford School, The Warriner School, The Bicester School, The Cooper School and Bloxham School all in attendance.

Rounds one and two saw teams debate motions on reducing the voting age and the future of James Bond. After a lively morning of debating and much deliberation between the panel of judges, The Warriner School and The Cooper School reached the final. I was really impressed with the student’s awareness of issues and standard of arguments throughout the day. A well-fought final debating a motion on British military involvement in Ukraine saw The Warriner walk away as this year’s champions, with a brilliant team performance.

I would like to thank all of the judges for taking time out of their busy schedules to attend. It was a truly great day and it was very encouraging to see so many young people confidently articulate their views. I hope they got as much out of the day as I did.

Meeting of the G7 Justice Ministers

It has been a privilege to represent the UK at the G7. As I said in my statement in Berlin today, we stand shoulder to shoulder with Ukraine in the investigation and prosecution of abhorrent crimes.