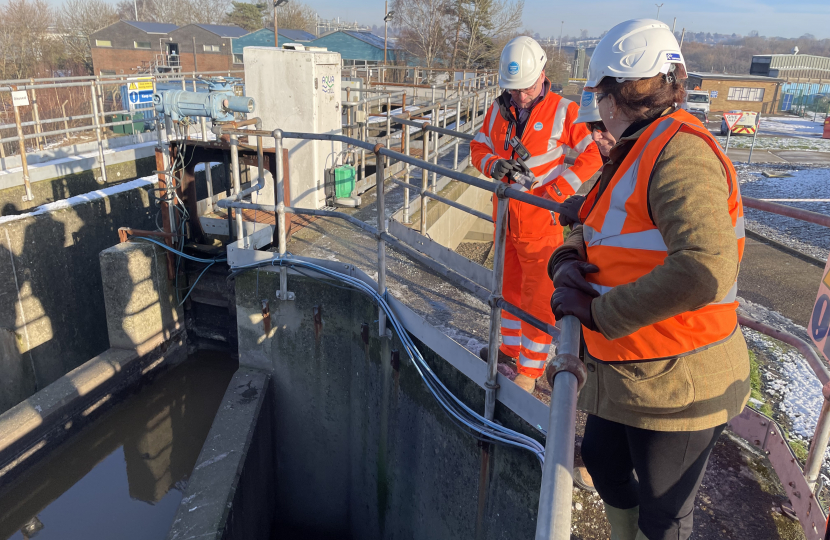 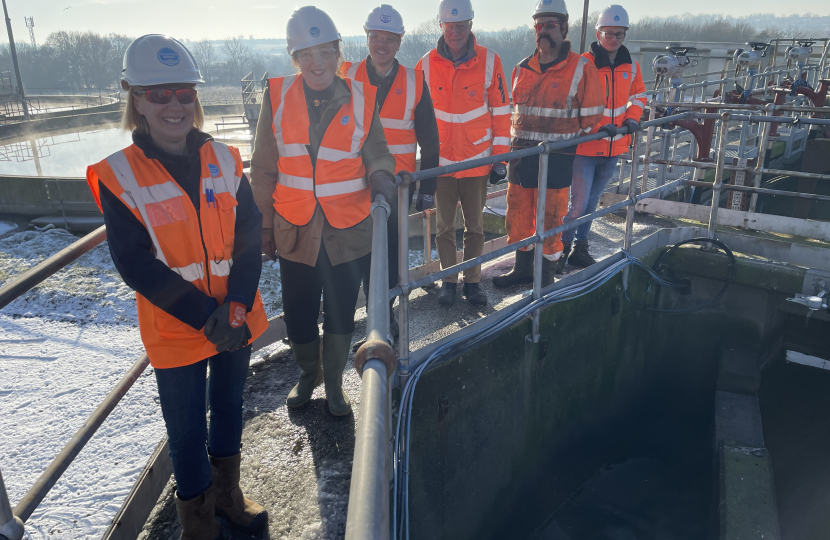 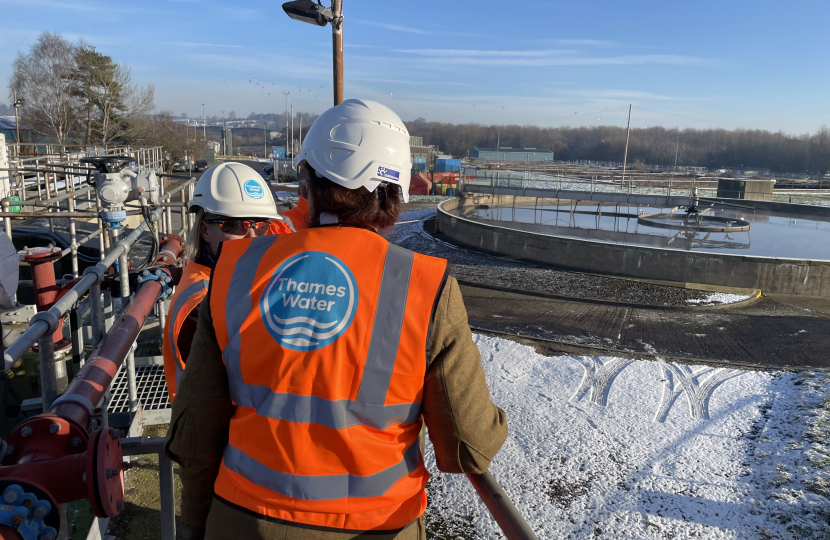 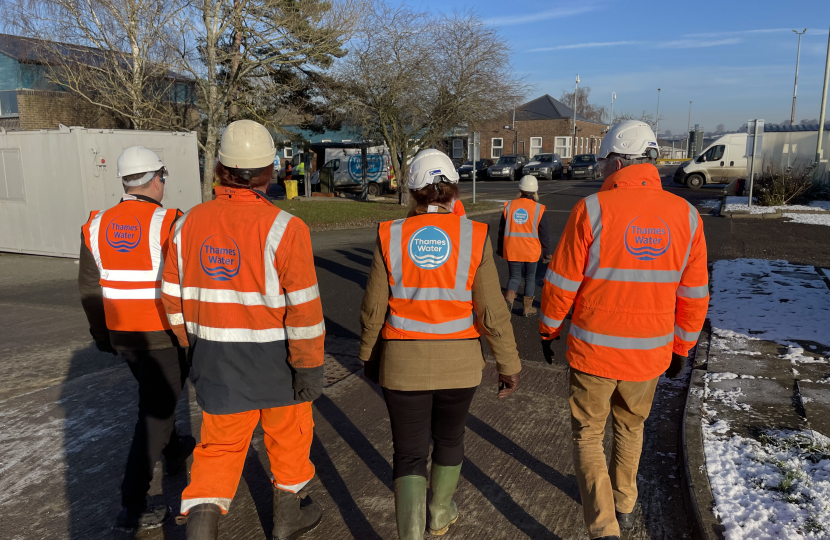 In November, I wrote to the Chief Executive of Thames Water to ask about what is being done to safeguard our River Cherwell and limit sewage discharge into it. Just before Christmas, I accepted an invitation to visit the Banbury Sewage Treatment Works and meet senior company representatives to discuss this in greater detail.

At the site – which serves over 80,000 people in Banbury and the surrounding area – I had a frank conversation about the progress which Thames Water have made to date, and what more there is to be done to protect our rivers. I was showed the storm overflow, which is used when the treatment works are overwhelmed by heavy rainfall. This is done to prevent sewers from backing up and flooding into people’s homes.

I was told that the frequency and duration of discharges in Banbury have decreased significantly over the last 3 years. Up until my visit, there had been 25 spills last year. This is 25 too many – a point which Thames Water readily accept. They assured me that they understand releasing untreated sewage into our rivers is unacceptable, which is why they are working at pace to stop it. I was reassured that they are taking the new statutory requirements placed on water companies very seriously and are demonstrating a commitment to protecting and enhancing our rivers.

Thames Water are making good progress on delivering £1.25 billion of maintenance and improvements on operational sites between 2020 and 2025. £10 million is being invested into two main projects at the Banbury Sewage Treatment Works. These will upgrade the current infrastructure and improve the quality of the final effluent which leaves the site. Crucially, the two projects combined will increase the current output of the site by around 84% - moving from being able to treat 266 litres per second, to 490 litres per second. This should reduce the need for storm overflows significantly and provide further headroom for local population growth.

It is clearly encouraging that Thames Water are taking responsibility for their performance and investing in Banbury. Just last week, they launched a near real-time map which shows storm discharge activity from all 468 of their sites. Thames Water know how concerned constituents are about the health of our rivers and this transparency will allow us to hold them accountable. Thames Water’s storm discharge map can be viewed here.

I will monitor progress in Banbury and across North Oxfordshire very closely this year to ensure that we continue to see improvements in our water quality.

Following periods of heavy rainfall in August, parts of England saw surface water flooding which brought the issue of sewage discharge into sharp focus one again.