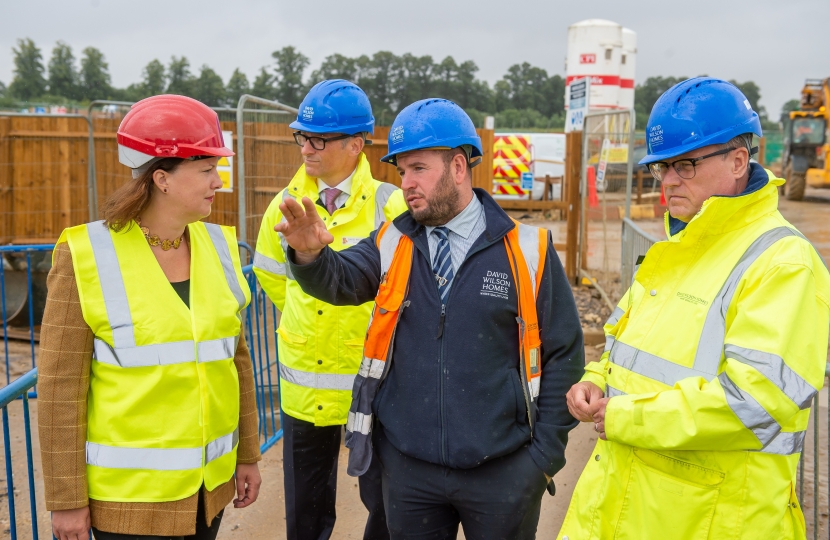 I continue to be contacted by many constituents who are concerned about the volume of proposed developments currently being considered around Banbury, Bicester and the surrounding villages. A multitude of speculative proposals for housing and industrial developments, stretching from Hanwell and Nethercote, to Baynards Green and Bucknell are causing significant concern about the possible impact on local communities and infrastructure.

It is important to note that, in line with the vast majority of other MPs, I do not ordinarily intervene in individual planning matters unless they are of particularly large scale or have generated a considerably strong response from constituents. This is because local planning applications almost always fall under the responsibility of Cherwell District Council and its Planning Committee. It is the Council's role to determine applications in line with pre-determined policies, which are largely defined by the Cherwell Local Plan.

However, it is clear to me that there have been an unprecedented number of planning applications registered in recent months which exceed or are contrary to the vision established by the Local Plan. Moreover, the Council are currently undertaking a Local Plan Review. This process will produce the Cherwell Local Plan 2040, which will replace existing policies and aim to address the district’s needs up to 2040.

Local Plans are important as they provide a framework for the location, scale and nature of development which will be allowed when planning applications are submitted. I understand that the proposals for the Cherwell Local Plan 2040 will be going to public consultation early in the new year. This is a vital opportunity for communities to help shape what the future of our towns and villages will look like. I intend to contribute fully to this process and will be responding to the consultation formally.

In the meantime, I will continue to work closely with Council officers, local Councillors and also my colleagues in Government to ensure that local development is guided by our agreed policies and the consent of the local community, rather than speculative, opportunistic proposals.

Last week, I was pleased to meet members of Hanwell Parish Council and local residents to discuss their concerns about local development.

Last Friday, I was pleased to sit down with members of Bucknell Parish Council and local residents to discuss the proposed Hawkwell Village housing application.