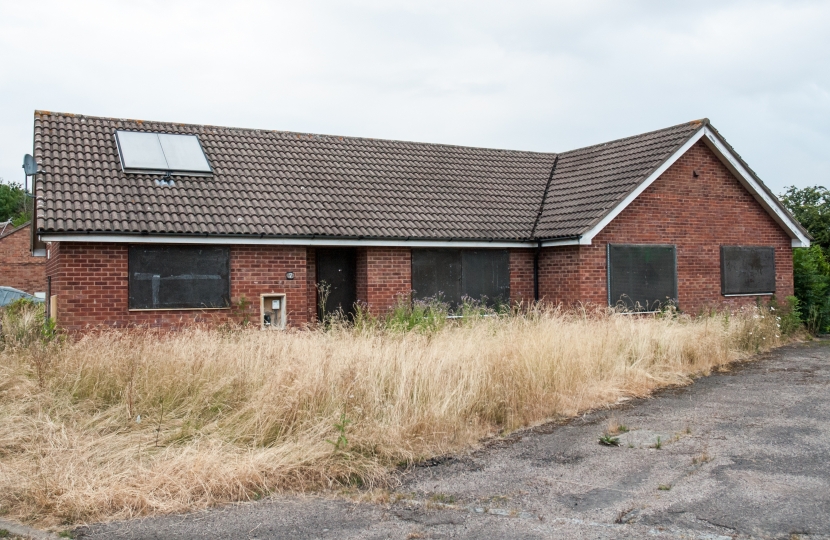 A cul-de-sac of bungalows, formerly owned by a London borough council have now been transferred into the hands of Sanctuary Housing.

Lambeth has spent nearly three years negotiating a transfer to housing association Sanctuary Housing to allow renovation to start. Only a few of the properties on Banesberie Close, Banbury, are occupied and until 30 October 2018, remained under the control of Lambeth Council, London. The remainder are boarded up and following a recent fire, elected representatives increased pressure on Lambeth to ensure the transfer went ahead as soon as possible.

Councillors John Donaldson, Tony Ilott, Nick Turner, David Beverly and Member of Parliament, Victoria Prentis, have been campaigning to complete the transfer of the bungalows in a timely manner. In letters to the Housing Minister and Lambeth Council, they highlighted safety concerns, including fire risks and anti-social behaviour.

Following the news of the transfer, Victoria Prentis, North Oxfordshire MP, commented: “It is a huge relief that the transfer has now taken place. I am sure many of my constituents living in and around Banesberie Close are looking forward to the transformation and reassurance that progress on the properties will be made. The bungalows will be a great local asset to house those most in need.”

Councillor John Donaldson also stated: “Cherwell District Council have been closely involved in this process. Sanctuary have already changed the security panels on the empty properties and plan a tidy up of the gardens, which will give the locality a lift.”

District Councillor, Tony Ilott, said: “I’m delighted that we have at last managed to get these properties transferred; after they have been repaired and modernised we will once again see this area return to a pleasant place to live."

Hardwick Town Councillor, David Beverly, added: “I’m very pleased by this news. During my recent by-election campaign I spoke to many residents in Banesberie Close. They fondly remembered the well-tended gardens and vibrant neighbourhood when they first moved there, and we must ensure the upcoming work will restore that sense of community.”