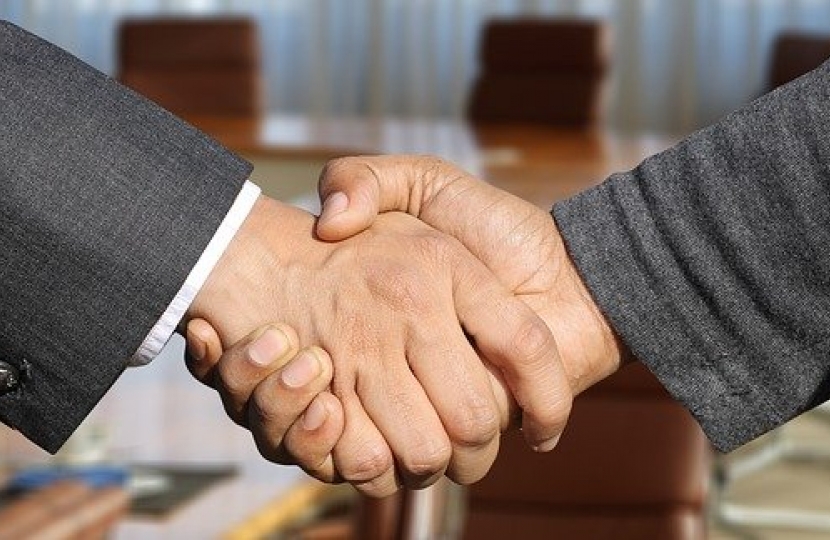 I know many of my constituents are keen to understand my position following votes on the Trade Bill on Monday evening. I welcome the opportunity to clarify the Government's approach to this important issue.

New Clause 4
New Clause 4 proposed a new scrutiny process for all Free Trade Agreements. However, the Trade Bill is a continuity Bill and can only be used to transition the free trade agreements that the EU had signed with third countries by exit day. All these agreements have been subject to scrutiny already as underlying EU agreements, through the European Scrutiny Committee process or equivalent.

The very purpose of these agreements is to replicate as close as possible the effects of existing commitments in EU agreement. None of the 20 continuity agreements signed have resulted in standards being lowered.

Technical amendments will, of course, sometimes be necessary to ensure the agreements remain operable. For example, it may be necessary to remove or replace references to the EU in the text of the agreement. Any changes are detailed in Parliamentary Reports which are published alongside signed agreements.

The Constitutional Reform and Governance Act allows Parliament to scrutinise the agreements for 21 sitting days, provides for a report on the agreement from the relevant Select Committee as well as the option for debates on the agreements and the power for the Commons to restart this 21 day period if it is not satisfied. Moreover, the powers in the Bill to transition the trade agreements are subject to a five-year sunset clause to ensure that the UK can maintain the operability of transitioned agreements beyond the end of the transition process. Any extension of this five-year period will require explicit consent of both Houses in Parliament.

In terms of future trade agreements, public consultations have and will continue to be held prior to negotiations to inform the Government’s approach. Ministers will also publish their negotiating objectives prior to the start of trade talks, provide regular updates to Parliament on the progress of negotiations and engage with the International Trade Committee and the Lords International Agreements Committee as negotiations progress. The Government has made it repeatedly clear that, where necessary, it will bring forward primary legislation to implement new free trade agreements, which will be debated and scrutinised by Parliament in the usual way.

This approach strikes an appropriate balance by respecting the UK constitution, ensuring the Government can negotiate in the best interests of the UK while making sure that Parliament has the information it needs to scrutinise effectively and lend its expertise to trade policy. I hope this reassures you that Parliament will continue to have a role in the scrutiny process.

New Clause 17
As I have made clear in previous email exchanges with constituents, our NHS is not for sale. It is already protected by specific carve outs, exceptions and reservations in EU trade agreements. The Government has absolutely no intention of lowering standards as these trade agreements are transitioned. The NHS will also be protected in any future trade agreement, whether transitioned from an EU context or as a result of future negotiations. The price the NHS pays for drugs will not be on the table, nor will the services the NHS provides. To suggest otherwise is a myth.

Finally, I can assure you that I could not be more committed to upholding our high environmental protections, animal welfare and food standards. You might be interested to read a copy of a recent debate on the subject which I responded to in my capacity as Minister for Farming, Fisheries and Food: https://bit.ly/380BkAa.