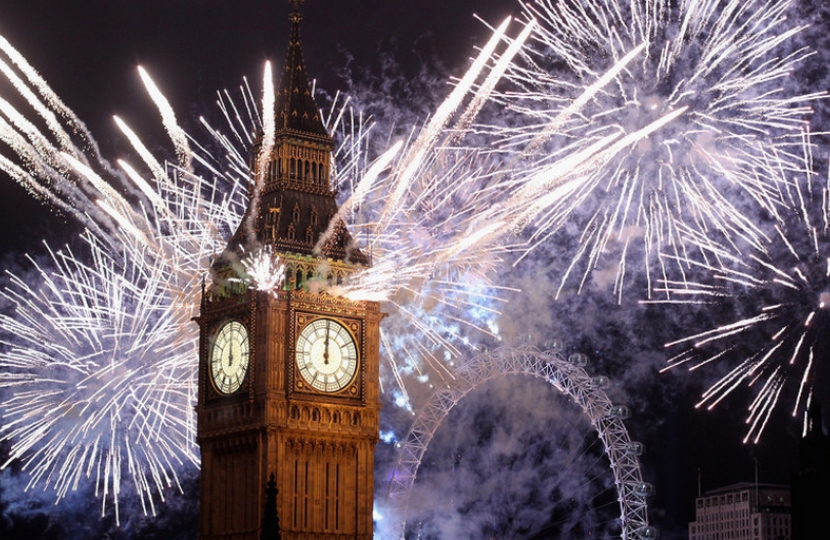 This time last year, my final column started with the observation that 2017 had been marked by its unpredictability. This year has been much the same. We continue to navigate the uncharted waters of Brexit which dominates the majority of my time at Westminster. My own view also remains unchanged. I still think it is preferable for us to leave the EU in March with a deal, than without one. Many of the large employers in our area have made the same point to me. The deal on the table is fair, and is the result of give and take on both sides. A second referendum would not get us any further, particularly when there is absolutely no agreement about what form it might take. We had a People’s Vote in 2016. I did a lot campaigning in the lead up to it. Those who voted to leave did so for a variety of reasons, but their decision was deep-held and informed. Preparing for a no deal scenario as a contingency is what any responsible Government should be doing.

I cannot predict what will happen. As 29 March fast approaches, I feel it is essential that we work together to make the best out of leaving the EU. I will be doing what I can to make that happen, and will continue to reach out to constituents and businesses in our area to do what I can to help them with the transition.

We should be proud of everything we have achieved locally in the past year. While we continue to fight the downgrade of maternity services at the Horton, we have made some positive progress following the Independent Reconfiguration Panel’s recommendations in February. A&E and paediatrics are busy working departments, and the Horton Hip Fracture team are one of the best in the country. Just before Christmas, I was pleased to be able to participate in the special Horton Health Overview and Scrutiny Committee’s session taking evidence from local representatives, expectant mothers and women who have given birth in our area since the obstetric service was suspended. While the Committee’s work will continue in the coming months, we are united in our hope that obstetrics will resume at the Horton in 2019.

During the past year, we have also seen real progress in the fight against plastic waste. Giving up single-use plastics for Lent was an eye-opening experience, although made easier by local businesses like North Aston Dairy who deliver milk and yoghurt to us at home in glass jars. Since then, aided by some imaginative hashtags like #strawssuck #dontbeatosser and #binthebutt alongside the publication of a Waste Strategy in December, the message does seem to have got through. I am already looking forward to supporting the Great British Spring Clean again in March and April.

It is always good to get back to north Oxfordshire from Westminster. In 2018, I held twelve supermarket surgeries, various pub tours, three New Residents’ Roadshow and attended hundreds of events. I’ve visited schools, welcomed a variety of groups to Westminster and run my usual activities for both primary and secondary schools, including my Christmas Card competition, Democracy Challenge and Shakespeare Day. Casework and correspondence keeps me and my small team of four very busy: there have been over 5000 new cases since April. This week, my constituency team will be moving from Upper Heyford to Deddington. My email account (victoria.prentis.mp@parliament.uk) has been monitored throughout the Christmas period and normal service will resume on 7 January.

In the meantime, may I take this opportunity to wish all my constituents a very happy, healthy and prosperous 2019.