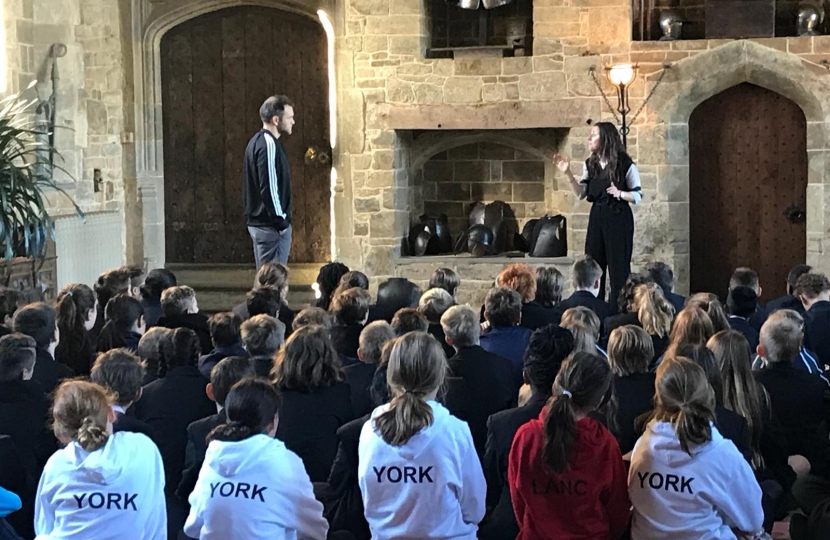 This year, eighty Year 7 pupils were given an insight into one of Shakespeare’s most famous pieces of work, ‘Macbeth’. The day was run by the Royal Shakespeare Company (RSC), with three actors travelling to deliver a brilliant and exciting two-hour workshop. The day was broken up into sections, with the first half of the workshop taking place in smaller groups and physically exploring the text with the performers from the RSC.  Following this the students came together in the Great Hall to see how the production was brought to life on stage, with actors performing key scenes from the play. The children and teachers thoroughly enjoyed the day and the opportunity to learn from the RSC actors, who brought Shakespeare’s work to life for the children.

After the event, Victoria said: “Today was a fantastic success. I would like to thank all the members of the Royal Shakespeare Company that made the day so engaging for the children. I would also like to take this opportunity to thank Cherwell District Council, for once again, funding the workshop and to Martin Fiennes and his family, for letting us use the magnificent settings of Broughton Castle to host this day. It is lovely to see so many young children excited and engaged by one of this country’s greatest playwrights. We are already busy planning next year’s workshop”.

Leader of the CDC, Councilor Barry Wood, said “It was wonderful to support this workshop for the third year, working with the RSC to bring Shakespeare to the young people of our district. Huge thanks to the Fiennes family for hosting us at Broughton Castle once again this year, we are very grateful”.