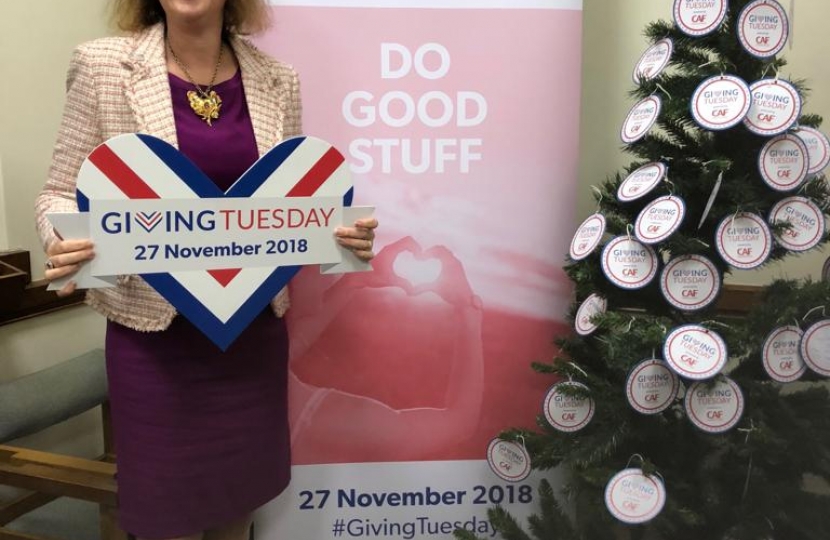 On 27 November, the country marked Giving Tuesday 2018, an initiative run by the Charities Aid Foundation which follows Black Friday and Cyber Monday and is aimed at increasing support for charities across the UK.

As part of the day, Victoria Prentis, Member of Parliament for North Oxfordshire encouraged her constituents to sing for Syria and get behind her Singing for Syrians initiative. The campaign encourages schools, faith groups and local communities to organise an event to raise money for the most vulnerable people who remain in Syria and the surrounding region. All the money raised goes to the Hands Up Foundation who are helping to fund some important projects in Syria, including two prosthetic limb clinics and pay the salaries of medical staff in southern Aleppo. A Singing for Syrians event can take the form of a carol service, concert or simply passing a bucket round as friends and family join together to sing at any time throughout the year.

Next week, Victoria will welcome people to St Margaret’s Westminster at the flagship Singing for Syrians concert will take place on 11 December 2018. Despite that evening’s Brexit vote, Victoria will be joined by Parliamentary colleagues who will sing in the choir as well as Harry Enfield, Jane Asher and Sophie Winkleman. Tickets and further information about organising an event are available at www.singingforsyrians.com.