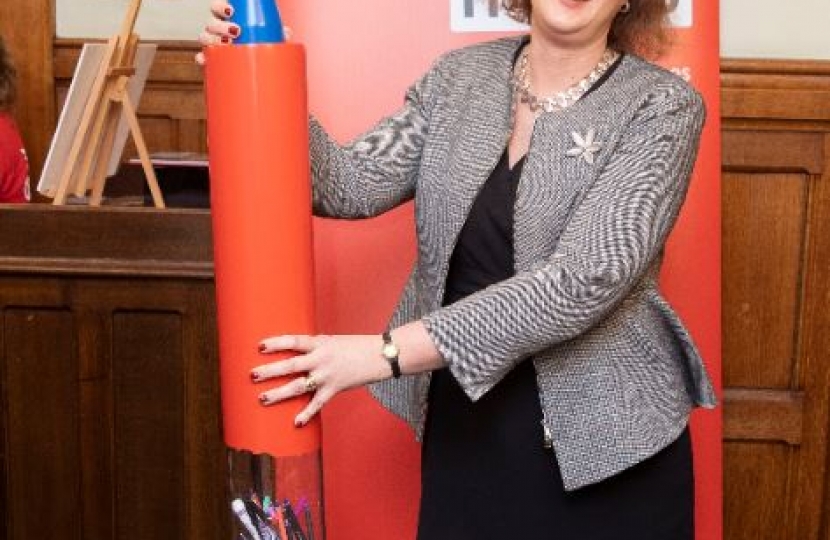 On Tuesday 19 March, Victoria Prentis joined more than 60 campaigners including 24 school children at Westminster to support the hand in of a peace petition to the Foreign Office.

More than 20 British school children aged between 11-13 years of age have been working with Save the Children, campaigning and fundraising for children in Yemen.

They came together with campaigners from across the country to form a group of 60, staging a stunt in Victoria Tower Gardens that included an installation of a large pen containing thousands of regular-sized pens, to illustrate the petition signatures.  The children also used the pens to spell out ‘words not war’ on a board outside parliament. Victoria joined British children and campaigners to show solidarity with the children of Yemen.

Victoria said: ‘I am delighted to support Save the Children’s petition hand in. These British children believe the children of Yemen deserve a better future. Witnessing their determination is a reminder to us all that we must be persistent in our pursuit of peace. Following four years of conflict the civilians of Yemen continue to fight for survival.”