OXFORDSHIRE MPS TEAM UP TO RAISE MONEY FOR SYRIA 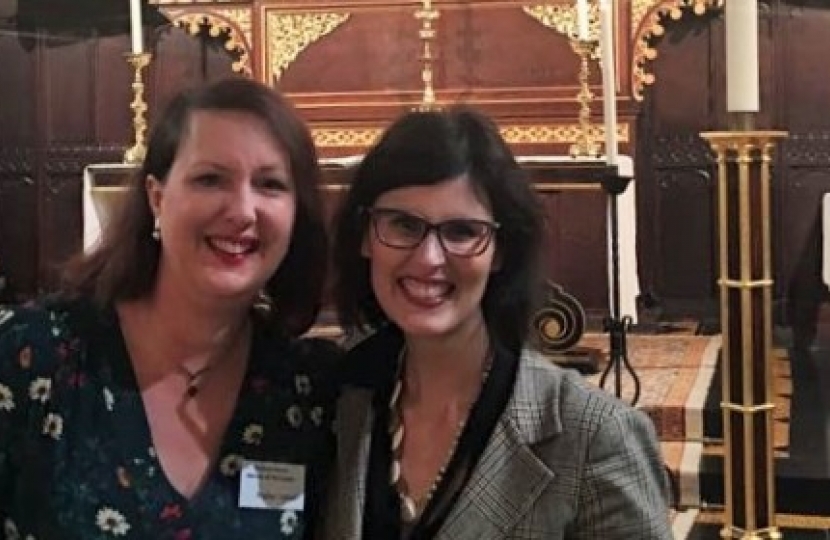 On Tuesday 12 December, Oxford West & Abingdon MP, Layla Moran sang in the choir of the 2017 flagship “Singing for Syrians” concert. Over 600 people attended the event at St Margaret’s Church, Westminster Abbey, which was organised by neighbouring MP, Victoria Prentis, and raised money for the Hands Up Foundation who support a number of projects to help the most vulnerable who remain in Syria.

Alongside the choir, which was made up of fourteen Members of Parliament, a number of celebrities read at the concert, including Samuel West, Julie Christie and Martin Jarvis. Alexander Armstrong performed “Winter Wonderland”. The event raised over £32,000 through sponsorship, the retiring collection and ticket donations.

Victoria Prentis MP said: “I was delighted to recruit Layla to the MP choir. Singing together is a simple yet effective way to raise money for those most in need in Syria. It is really important to me that the choir is cross-party – it shows that we can all work together to help some of the world’s most vulnerable people. They all sang beautifully and showed that the plight of the Syrian people has not been forgotten.”

Layla Moran MP added: “It was a privilege to sing in the choir at such a magical event. In my youth I went to Damascus when my family lived in Jordan. My heart breaks for the people whose lives have been affected by the conflict, and so when Victoria told me about this event I jumped at the chance to do my little bit. I’d like to thank all those in Oxfordshire who held similar events, the Hands Up Foundation for the amazing work they do, and Victoria for putting the event together. I hope to participate again next year!”