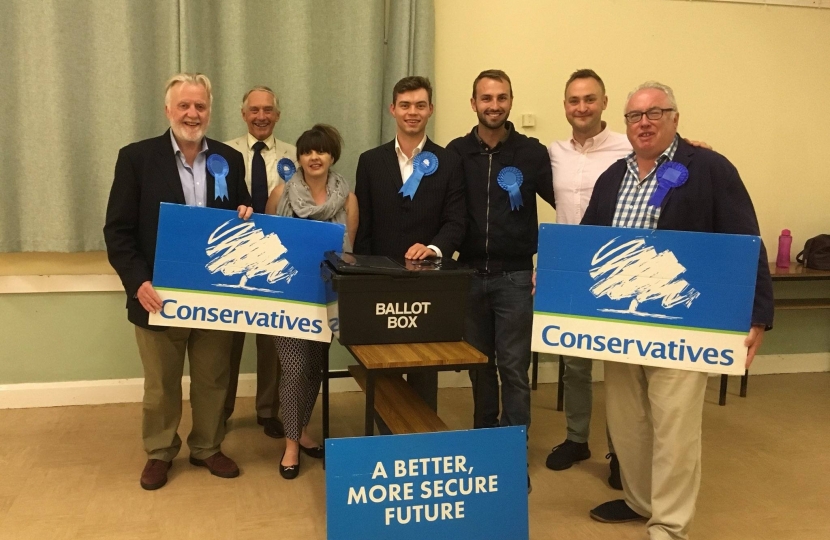 Victoria Prentis, Member of Parliament for North Oxfordshire, has congratulated newly elected councillor, David Beverley, as representative of Banbury Town Council following last week’s by-election. The vote, which took place on Tuesday 4 September, following the retirement of longstanding Councillor, John Donaldson, was won by David with a majority of 335.

Speaking after the count, David said: “I am thrilled to have been elected as the Councillor for Hardwick West. I sincerely thank all those residents who supported me and the great team of volunteers who helped with my campaign. It was a real pleasure to meet so many residents on the doorsteps and talk to them, not just about their concerns, but also their aspirations for their families and our town. I am excited to get started.”

Victoria added: “A huge congratulations to David for winning the by election and taking his seat on the Town Council. It is important to have young people representing the Town and I look forward to working with him in the future.”