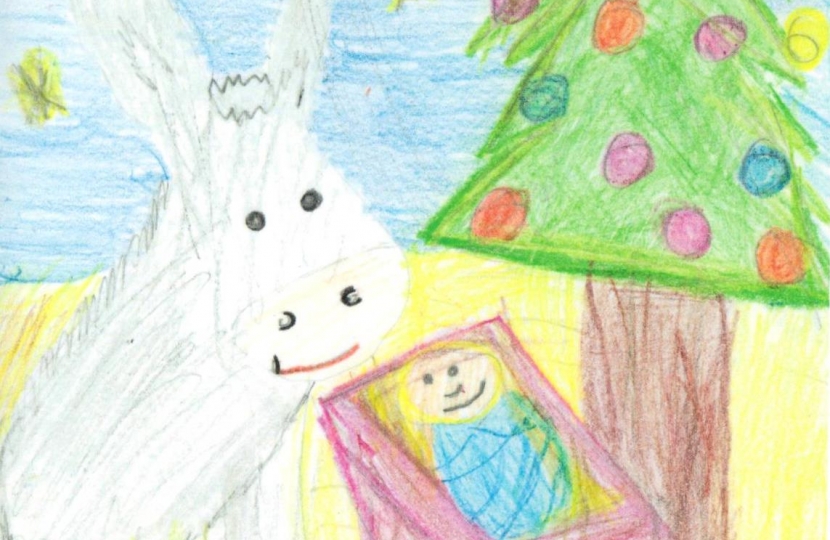 Last week Victoria Prentis, Member of Parliament for North Oxfordshire, was delighted to announce that Blanka Preweda, aged 8, from Queensway Primary School, was the winner of her annual Christmas card competition.

The theme for this year’s competition, which was open for all primary school aged children, was ‘nativity animals’. Children were encouraged to be as creative as possible within the theme; Blanka’s entry featured a nativity donkey watching over baby Jesus in his manger.

The winning design will be printed on the front of Victoria’s official Christmas card, and will be sent to hundreds of people in North Oxfordshire and across the country. The designs of the three runners up (Nayana De Carvalko, aged 6; Maya Andrews, aged 8; and Wiktoria Sobocinska, aged 9) will also feature on the back of the card.

Victoria said: “I would like to thank all the Primary Schools in North Oxfordshire who took part. I received hundreds of brilliant entries this year, which made picking one very hard. However, I am thrilled to announce that this year’s winner is Blanka Preweda, aged 8, from Queensway Primary School. I look forward to meeting her shortly to congratulate her in person.”