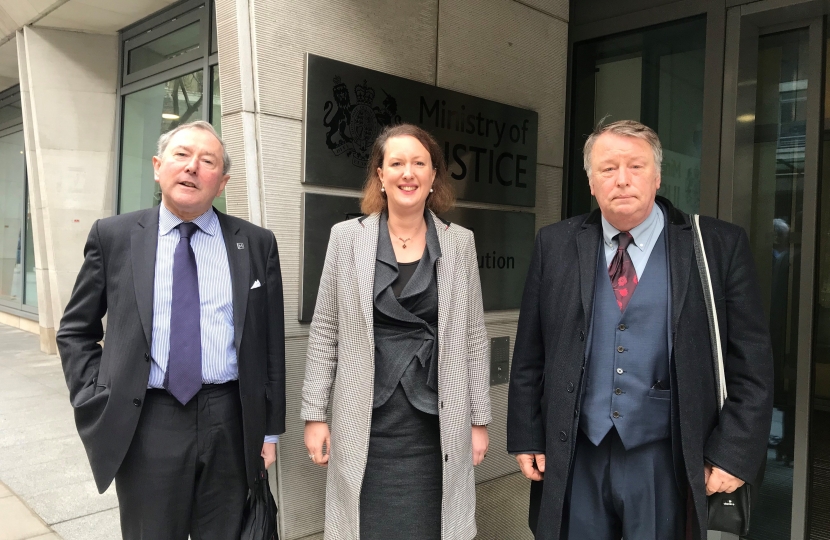 During their time with the Minister, Victoria and local magistrates George Green and James Macnamara emphasised the need for local access to justice, to ensure that victims, witnesses and defendants are able to get to the court. They raised concerns about the journey time to Oxford, and highlighted potential knock-on impact of the closure on the recruitment of magistrates in north Oxfordshire.

Victoria also used the meeting to raise the possibility of using an alternative venue for justice in or around Banbury.

“I was very pleased to be able to take George and James to see the Courts Minister and her team to discuss our concerns about the disappointing decision to close Banbury Magistrates’ Court. Access to justice should, wherever possible, be local. It is particularly critical for family and youth court sittings. I thought the meeting was extremely positive and went away feeling as though the Minister had really listened to our concerns. I look forward to working with her and the Courts Estates team going forward to try and identify a workable solution in our area.”