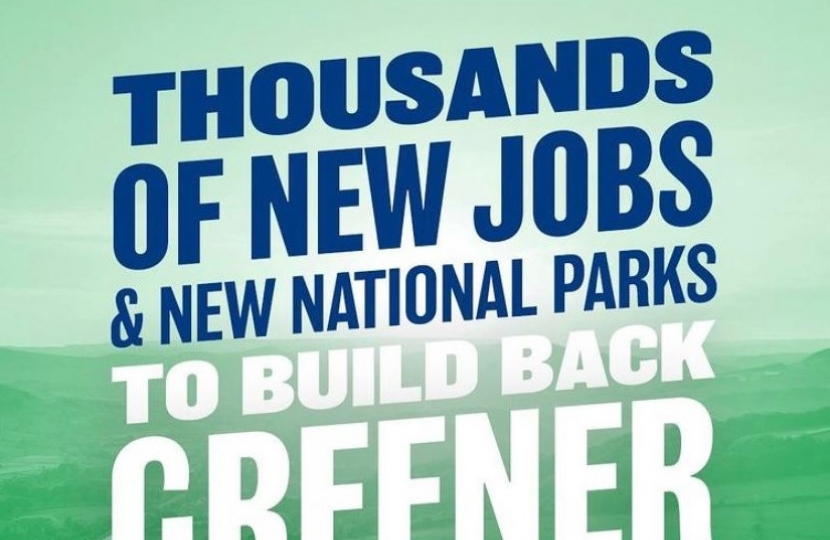 Today, the Prime Minister set out the Ten Point Plan for a green industrial revolution, which will create and support up to 250,000 British jobs. The plan covers clean energy, transport, nature, and innovative technologies, mobilising £12 billion of government investment. I welcome this plan, as by simultaneously reducing carbon emissions and creating thousands of jobs, it marks the beginning of our path to net zero by 2050.

The ten points of the Government's plan, built around the UK’s strengths, are:

Producing enough offshore wind to power every home and supporting up to 60,000 jobs.

Develop the first town heated entirely by hydrogen by the end of the decade, while aiming to generate 5GW of low carbon hydrogen production capacity by 2030.

Advancing nuclear as a clean energy source, developing the next generation of small and advanced reactors. This could support 10,000 jobs.

Backing our world-leading car manufacturing bases including in the West Midlands, North East and North Wales to accelerate the transition to electric vehicles and transforming our national infrastructure to better support electric vehicles.

Making cycling and walking more attractive ways to travel and investing in zero-emission public transport of the future.

Supporting industries to become greener in zero-emission planes and ships.

Making our homes, schools and hospitals greener, whilst creating 50,000 jobs by 2030.

Becoming a world-leader in carbon capture technology, with a target to remove 10MT of carbon dioxide by 2030.

Planting 30,000 hectares of trees every year, to protect our environment while creating and retaining thousands of jobs.

Making the City of London the global centre of green finance.