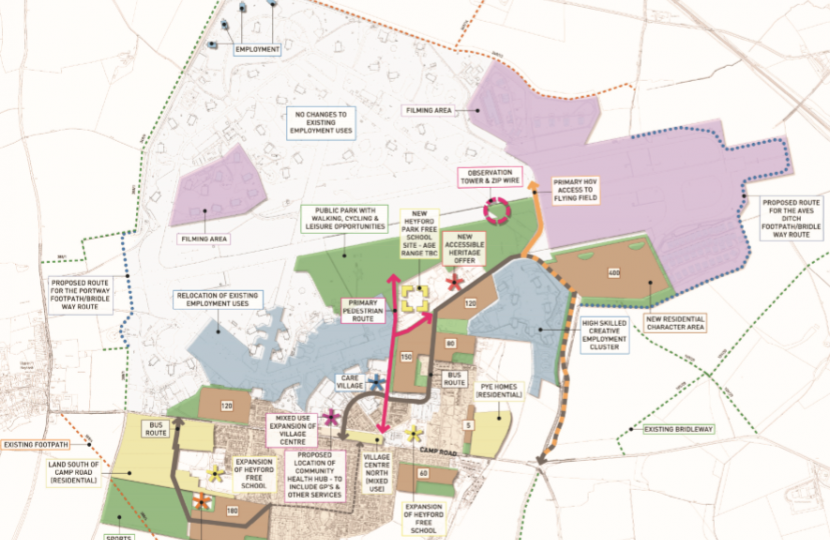 Following my letter to CDC last month regarding the proposed bus gate, where I explained I cannot find local support for the scheme and believe a rethink is necessary to find alternative solutions, I have received the following response:

Re: Traffic and the on-going development at Heyford Park

Thank you for your letter of 23 September 2020. I understand that objections have been received from several of the Parishes regarding the proposals at Heyford Park and I can appreciate their concerns. The modelling shows that traffic diverted as a result of the bus gate would, in part, switch to the northern arm of the Middleton Stoney junction and some would avoid Middleton Stoney altogether and would spread through other villages.

Unfortunately, Heyford Park is in a rural area, and mitigating the transport impact was always going to be a challenge for the developer. The idea of managing the traffic at Middleton Stoney by restricting traffic on the western arm was discussed at the Examination in Public for the current Cherwell Local Plan and found to be an appropriate potential mitigation solution. The transport mitigation within the planning application builds on this proposal by providing a bus gate with a frequent, fast bus service and a cycle route to Bicester, where there are onward transport hubs to connect with.

We believe that this provides a sustainable solution because it avoids the bus linking Heyford Park and Bicester becoming delayed by congestion at Middleton Stoney and gives the bus and cycle route the advantage. Due to the distance involved, serving the development with a reliable, frequent, fast bus service to Bicester would be challenging and would require more buses to deliver the service, which would impact on financial viability. It is crucial that sustainable transport options are taken up as far as possible at Heyford Park, to minimise the proportion of journeys to and from the site that are made by car. The introduction of the bus only restriction would reduce the volume of traffic sufficiently on the route between Heyford Park and Middleton Stoney to create a safe, on-road cycle route, and Dorchester would provide an off-carriageway route between Middleton Stoney and Bicester.

I understand that the application will now be considered by Cherwell District Council at its November Planning Committee meeting. It is understood that, in advance of this, an alternative proposal may be put forward by the developer, that responds to the objections raised, though this has not been submitted as yet. As and when it is submitted, officers will consider whether it appropriately mitigates the impact of the development and will respond in their Statutory Consultee role accordingly.

In the meantime, my PA will be in contact with your office to arrange a mutually convenient time for a meeting with the Highways Team as requested.

I am pleased that CDC are open to a meeting, as I want to gain a better understanding Highways working. I would like to find an alternative which can help with these traffic demands while also being well received in the community.

In September 2020, a large number of constituents from the villages and communities surrounding Heyford Park got in touch to raise their concerns over the increasing traffic pressures coming as a result of Heyford Park.