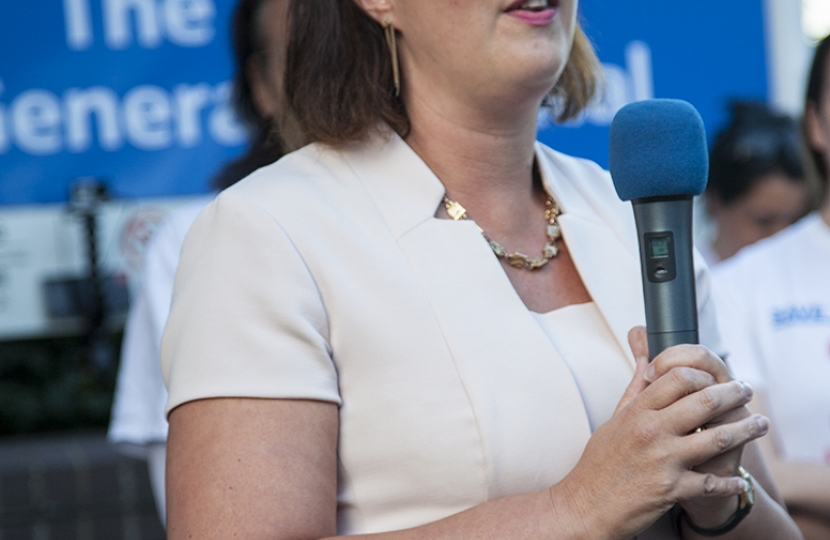 Member of Parliament for North Oxfordshire, Victoria Prentis, has welcomed today the Secretary of State’s decision to refer the permanent downgrade of Banbury’s maternity unit to the Independent Reconfiguration Panel (IRP).

On 10 August 2017, the Oxfordshire Clinical Commissioning Group (CCG) resolved to make permanent the temporary suspension of consultant-led maternity at the Horton General Hospital. As a result, the Joint Health Overview and Scrutiny Committee (JHOSC), chaired by Cllr Arash Fatemian, referred the matter to Secretary of State for Health, Jeremy Hunt.

Following on from the outcome of the recent Judicial Review hearing, which found in favour of the CCG, Victoria pressed upon the Department of Health the importance of moving forward, given widespread uncertainty about the future of the unit.

Today, the Secretary of State wrote to Victoria to let her know that he would be passing the matter onto the IRP to undertake an initial assessment before deciding whether it conducts a full review. In his referral, he drew upon the opposition of local councils and their responsibility to scrutinise decisions.

Victoria commented: “I am pleased that the Secretary of State has agreed to pass the decision to the Independent Reconfiguration Panel for consideration. It is with regret that we find ourselves in a similar position to 2008, when the IRP were last asked to look at maternity provision at the Horton General Hospital. The IRP is the independent expert on NHS service change; it takes into account all available evidence in order to advise the Secretary of State on contested proposals. I have no doubt that they will look at this matter properly, and am hopeful that they will agree to undertake a full investigation.”

Cllr Kieron Mallon, a longstanding Banbury Councillor and campaigner for the Horton also commented: “For those of us who were involved in 2008 we think it is right and proper for the Secretary of State to refer this on. We are all hopeful that the Independent Reconfiguration Panel will investigate this fully as they did the previous referral.”

The Horton General Hospital is a vital and much-loved asset for the residents of Banbury and North Oxfordshire. I was born at the Horton, and have long been a supporter of retaining the vital services it provides to Banbury and the surrounding area.