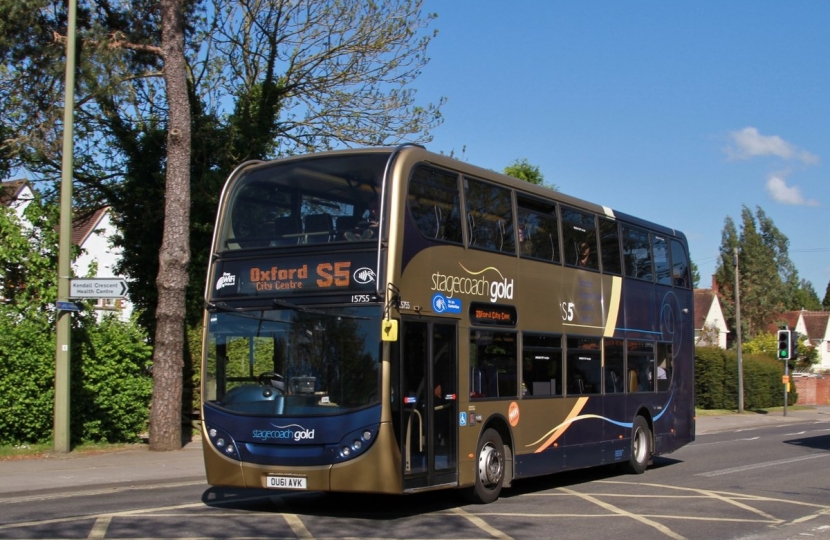 In November 2020, I heard from several constituents living in Upper Arncott, Lower Arncott, Langford and Launton, about the revised timetable for the S5 bus from Bicester to Oxford. It is important that local residents have access to regular buses, with bus stops within an acceptable distance from their home.

When the issue was first brought to my attention, I wrote to Stagecoach who operate the service to raise my concerns about the change to the timetable. I received the following response:

The Stagecoach S5 service has been successfully providing a link between Oxford and Bicester for a number of years.

However, in the past couple of years, the introduction of the train crossing along with increased traffic throughout the route has meant that we have been unable to maintain a reliable and punctual service, which has had a detrimental effect on our customer numbers.

Having reviewed this service we have developed a number of changes to be implemented from 4th January 2020. The changes will mean that Stagecoach will:

One of the outcomes of the above is that we have also had to review how we serve Arncott, Langford and Launton. We had to make the difficult decision on how we utilise our resources effectively to deliver these improvements, whilst considering how best to meet the needs of the villages, as well as HMP Bullingdon.

We have been working with Oxfordshire County Council to look at the alternative solutions which we have announced at the end of last week which include:

* New 27 and 28 shuttle service to replace S5 trips for Langford and Launton.
A new shuttle service funded through Oxfordshire County Council developer funding will operate two-hourly as the 27 service between Bicester Pioneer Square and Langford and an hourly 28 service between Bicester Pioneer Square and Launton Monday to Saturdays (timetable links have been provided below)

Whilst the above doesn't replace the full service currently in operation I hope that this gives you confidence that Stagecoach has acted responsibly in looking for alternative ways to provide some level of service against a challenging background.