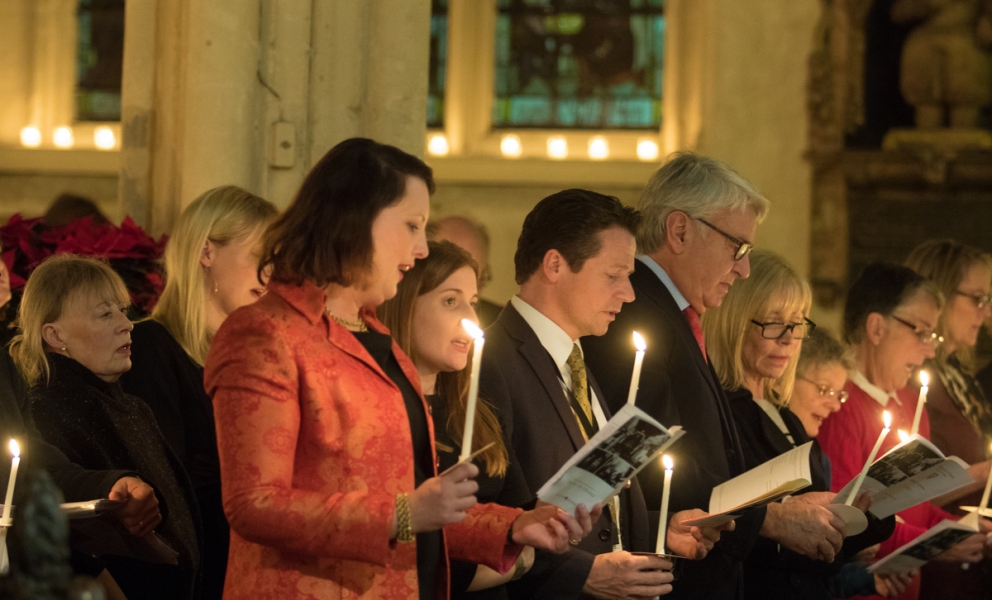 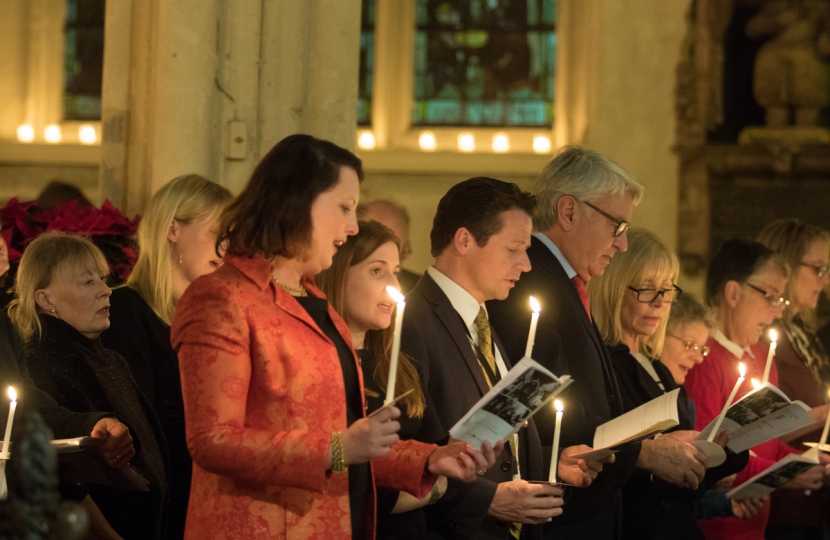 Mrs Prentis has been working with artist George Butler to organise a nationwide series of carol concerts this Christmas to raise money for Syria relief charity, the Hands Up Foundation, of which Mr Butler is a trustee. Singing for Syrians asks individuals, churches and communities from across the UK to host fundraising carol concerts to help people whose lives have been torn apart by the conflict.

The funds raised will be used to help Christian Aid and the Hands Up Foundation work in Syria. Support includes providing emergency food, water and sanitation, as well as education programmes, psychosocial support for women and children, and support for medical teams inside Syria. During winter, refugee families will receive much needed blankets, warm clothing, food stoves and fuel for cooking.

Victoria said: “Before I was elected, I found carol concerts were a great way to raise money while having a good sing. It therefore seemed obvious to me that concerts would be a good way to raise money for the most desperate people who remain in Syria. I am particularly concerned about the elderly and those with poor health, who are too weak to contemplate leaving the country. Hands Up and Christian Aid are doing some great work on the ground in Syria and the surrounding countries. Singing for Syrians provides a brilliant opportunity to raise funds for these charities to help these people. Whether you pass around a bucket at an already planned carol concert, organise your own event from scratch, or come to the flagship concert in December, I really hope people will get behind this initiative.”

Contact singingforsyrians@gmail.com to receive a free ‘How To’ pack full of ideas on how to organise your own concert, and for any other enquiries.

On 27 November, the country marked Giving Tuesday 2018, an initiative run by the Charities Aid Foundation which follows Black Friday and Cyber Monday and is aimed at increasing support for charities across the UK.

OXFORDSHIRE MPS TEAM UP TO RAISE MONEY FOR SYRIA

On Tuesday 12 December, Oxford West & Abingdon MP, Layla Moran sang in the choir of the 2017 flagship “Singing for Syrians” concert.