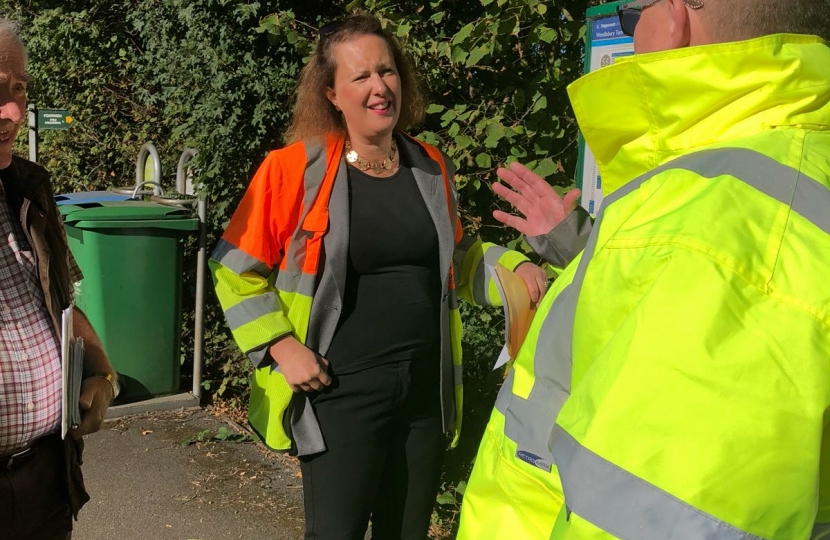 The ‘Cambridge- Milton Keynes – Oxford Corridor’ is an area hosting some of the most productive, successful and fast growing cities within the United Kingdom, largely due to its world leading universities, high tech firms and highly skilled work force. The National Infrastructure Commission (NIC) were recently asked to provide the Government with proposals as to how to maximise the corridor’s continued economic growth, alongside securing its homes, jobs and environment.

The Corridor comprises of two key infrastructure developments- a road and a railway- both of which will run close to or through some of Victoria's constituency. She has been working closely with local authorities and partners at East-West Rail, Network Rail and Highways England to secure the best deal for her constituents.

“Today’s corridor announcement does not come as a surprise given that broad alignment with East West Rail makes strategic sense.

“It is still early days for the Oxford-Cambridge Expressway project. Now that the corridor announcement has been made there will be an extensive period of consultation as route options are considered. Highways England has made it very clear from the outset that the project will build and enhance existing road networks. It will not see the construction of a brand new road from start to finish. I feel very strongly that we should see this as an opportunity to get the investment in our local infrastructure which is long overdue and which is so essential given the pace of housing growth in and around Bicester.

“I am old enough to remember the upheaval caused by the construction of the M40 and have been consistent in my opposition of HS2, not least because of the huge cost, so I am very aware of the impact major infrastructure projects like the Expressway can have on residents living in the surrounding area. I intend to work closely with all affected communities to ensure that we have a strong voice as plans develop and can reap the rewards from the project.”

On Wednesday 10 July 2019, the Member of Parliament for North Oxfordshire contributed to a Westminster Hall debate on HS2.